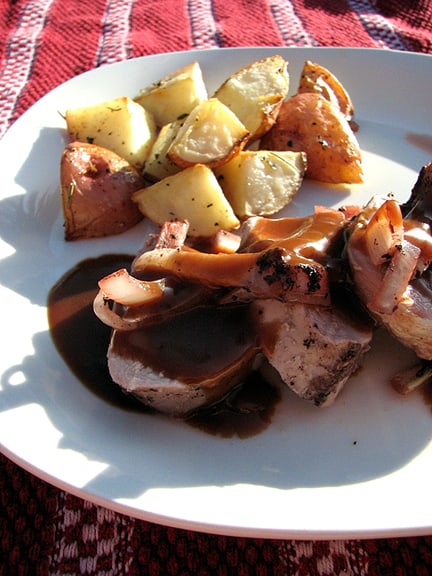 Please excuse the poor photography – it was too dark in my kitchen, so I went outside, but then I got lots of shadows…..

I am not a food snob – I swear, I’m not. Just because the last time my husband and I went out to eat and I complained that I could have made my meal better than the restaurant doesn’t make me a food snob. And just because I laugh to myself at people that think they can substitute cooking wine for the real deal in recipes does not make me a food snob. You want proof? Last night’s dinner was made with gravy packets. Yep, I’m sure that many people will stop reading right now and I will be shunned, but I made gravy out of a packet. And I have to say, the gravy was the best part of the meal (besides the potatoes.)

I have really been wanting to make a pork tenderloin, so I put it on the menu for this week. I was going to make Janet’s Chili Cumin Pork Tenderloin, but I didn’t want to have to get the grill out. I remembered a pork tenderloin recipe that I had used awhile ago. I remembered that it did not look pretty at all, but the flavor surprised me and I liked it. So I decided to give it a go again so I could blog about it and actually remember it. (I have a horrible memory!!)

This is a super easy recipe – it took all of 7 minutes to prepare. I decided to do some roasted red potatoes as well, so I quartered some red potatoes, threw some olive oil and random spices (salt, pepper, rosemary, and some fresh thyme and oregano) and threw those into the oven at the same time as the pork. 60 minutes later, dinner was ready. As I was eating, I wasn’t as impressed with the recipe as I remembered the first time around. I didn’t have quite 2 cups of red wine, so I substituted chicken broth for the remaining, and maybe that made the difference?? It just didn’t have a whole lot of flavor to me. The gravy is made by mixing the remaining pan juices and and gravy mix. I’ll be honest and admit that I don’t make gravy very often. I do make it from scratch when I make chicken fried steak and mashed potatoes (a true comfort meal!!) But I don’t make gravy much besides that. I might try it next time, but this was just so easy!! I don’t think that I would make this tenderloin recipe again, but I will post it because my husband really liked it. I was going to eat the leftovers in a sandwich at lunch today, but ate something else instead. I will have to try it out tomorrow and see if the pork redeems itself in sandwich form. The original recipe calls for only one package of gravy, but I used 2 so we could have it on the potatoes as well. 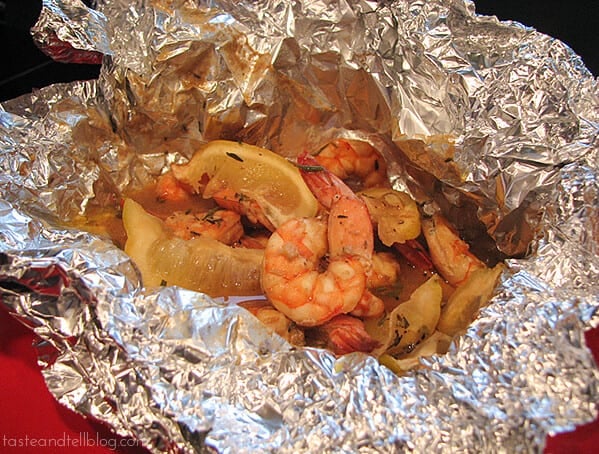 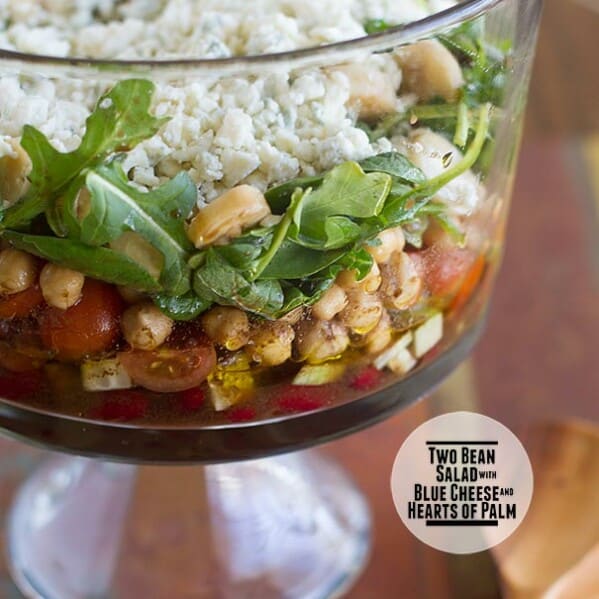